Find out about walking football in Swansea

October 8 2019
add to your Favourites

Meet Hedley Austin, a 71 year old, retired lawyer who began his football career at the age of 66. 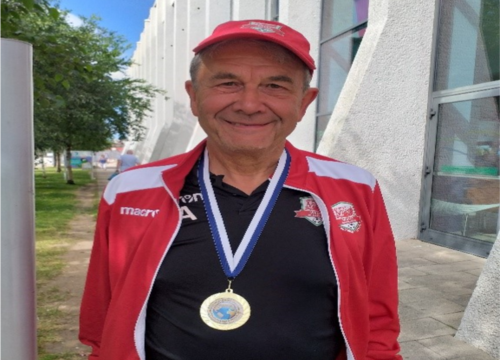 Since stepping into the first session with us, Hedley has had a colourful career. He ended up playing six times a week, began winning trophies in national tournaments and initiated the idea for an international walking football squad.

His international career began in September 2018 with a Wales vs England fixture and this year he managed the Welsh walking football team in the 2019 World Cup. Wales went on to beat England, Scotland, France, Spain and Australia and brought the World Cup trophy to home with him!

At school and college I played socially with friends but did not play any representative football. I decided to get more active after I had retired, I wanted to lose weight and to improve my health by bringing my blood pressure down but I found the gym lonely after a while. So I tried walking football at the LC Swansea. We are now being invited to the next world cup which is in Spain but I am more excited about The Euros which is being held in Wales in July 2020” We have a great mix of people at the LC group; we have some international players, people returning from injuries or operations, people who have never played football before, ‘youngsters’ (who are below the age of 50) and we have some amazing women playing in the team. Catherine is known as ‘Hot Shot’, she regularly scores hatricks! 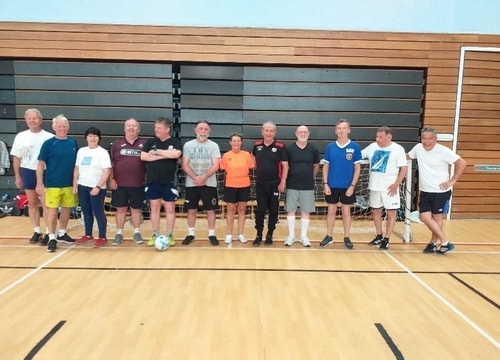 So what other benefits are there to walking football?

Hedley’s walking football sessions take place at the LC every Tuesday from 10:30 to 11:30. The sessions are pay as you go and cost £4 or free with a gym membership. Everyone is welcome!

So what are you waiting for? Call us to find out more about our walking football sessions today